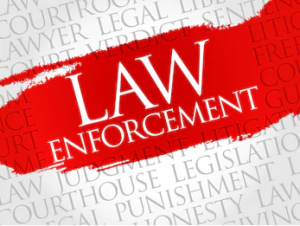 The CFRN promotes and protects the rights of every member of the society, including vulnerable members of the society such as victims and survivors of acts amounting to sexual violence. Chapter IV (sections 33 – 46) set out fundamental rights such as the right to life, right to freedom from discrimination, the right to the dignity of the human person and other related rights. These rights are inalienable and accrue to every Nigerian citizen, regardless of gender, age, ethnicity, religion or social status. When these rights are infringed upon, an action can be instituted before a Court of law.

The VAPPA seeks to eliminate violence in private and public life, prohibit all forms of violence against persons and to provide maximum protection and effective remedies for victims. It also makes provisions for the punishment of offenders. The provisions which border on sexual violence are set out below:

Section 1 of the Act provides that a person commits the offence of rape if:

It is important to note that the VAPP Act is gender-neutral, as revealed by the provisions of Section 1. This implies that any person who performs a sexual act on another person (victim) without the victim’s consent is guilty of rape and is liable to be sentenced to a term of imprisonment not less than 12 years. It does not matter whether the perpetrator is male or female, or that he/she is married to the victim. What matters is the fact that the sexual act was non-consensual. The VAPP Act (by section 1(2)(a)) also imply that a male person below the age of 14 may have reached the full state of puberty and thus capable of having carnal knowledge.

Section 1(3) empowers the Court to award appropriate compensation to the victim as it may deem fit in the circumstance. The punishment for the offence of rape is provided for in Section 2 as life imprisonment. However, 14 years is the maximum penalty for rape committed by children below 14 years. The minimum punishment for a perpetrator of rape who is above 14 years is 12 years imprisonment. The VAPP Act also prohibits the offence of rape committed by a group of persons (gang rape). The Act also mandates that a register for convicted sexual offenders shall be maintained and accessible to the public. This is to protect members of the public for knowing the location of perpetrators and their residence may improve the ability to guard oneself and one’s children from sexual victimization.

The offence of indecent exposure is created in Section 26 the VAPP Act which provides that a person who intentionally exposes his or her genital organs or a substantial part thereof, with the intention of causing distress to the other party, or that another person seeing it may be tempted or induced to commit an offence under this Act, commits an offence termed ‘indecent exposure’ and is liable on conviction to imprisonment not more than one year or to a fine not more than N500, 000.00 or both.

Section 44 vests the National Agency for the Prohibition of Trafficking in Persons (NAPTIP) with the responsibility for the implementation of the VAPP Act.

The VAPP Act is currently the most up to date law which addresses sexual violence in Nigeria. It guarantees that everyone who has been sexually violated will get help and remedy, therefore, a man who is being sexually abused can seek relief, a person who is forced to watch pornography can seek relief, etc. However, it should be noted that by the provisions of Section 47, the VAPP Act applies only in the Federal Capital Territory, until when other States of the federation domesticates it. Until the laws are domesticated in the States or States enacts their own versions of the law (for example, Lagos State had enacted its own version before the national VAPP Act), the following legislations and States’ versions of it will continue to apply.

Section 357 & 358 of the CC provides for the offence of rape which it defines as having unlawful carnal knowledge of a woman or girl, without her consent, or with her consent, if the consent is obtained by force or by means of threats or intimidation of any kind, or by fear of harm, or by means of false act, or, in case of a married woman, by impersonating her husband.

The punishment for the offence which is life imprisonment as provided for in section 358. It is immaterial that the rape of the victim was not completed, the Act creates the offence of attempted rape and puts the punishment at 14 years imprisonment with or without canning. The CC also criminalises Indecent assault of females, abduction, abduction as well as the abduction of females under sixteen years.

The CC also creates the offence of statutory rape in section 363 which provides that it is not material that the offender/perpetrator believed that the girl is 16 years or above the age of 16 years or that carnal knowledge of the girl took place with the girl’s consent or at her suggestion.

Chapter 21 (sections 214 – 225) criminalises different sexual violence-related offences. A category of such offences is offences against morality which is provided for. For example, by section 216, any person who unlawfully and indecently deals with a boy under the age of fourteen years is guilty of a felony and is liable to imprisonment for seven years. The term “deal with” includes doing any act which, if done without consent, would constitute an assault. Also, section 225 prohibits the abduction of girls under 18 with intent to have carnal knowledge.

Penalty for the offence of rape as provided for in Section 283 of the PC to the effect that:

Whoever commits rape shall be punished, with imprisonment for life or for any less term and shall also be liable to fine.

Under section 283 of the PC, rape is still committed even where the girl consents if she is below the age of 14 years or of unsound mind. It is also provided under that section that any consent given by a girl below 16 to her guardian, teacher or any person entrusted with her care or education is not valid consent.

Section 31 provides that no person shall have sexual intercourse with a child and a person who has sexual intercourse with a child commits an offence of rape and is liable on conviction to imprisonment for life. According to subsection 3, where a person is charged with an offence under this section, it is does not matter that ‐   (a)   the offender believed the person to be of or above the age of 18 years; or   (b)   the sexual intercourse was with the consent of the child. A child cannot give consent. Also section 32 provides that a person who sexually abuses or sexually exploits a child in any other manner not specifically mentioned in that part of the CRA commits an offence and is liable on conviction to imprisonment for a term of 14 years. A child is defined in the interpretation section to be a person under eighteen (18) years of age.

The CRA is applicable in 24 states of the federation (including the FCT) who have passed the CRA and the provisions of their Child’s Right Laws is substantially the same with the CRA. Lagos State might be different because it has made more progressive amendments to its Law.

Three primary legislations govern the process of instituting and conducting criminal matters before the courts in Nigeria. They are the Criminal Procedure Code (CPC) which governs proceedings brought under the Penal Code; the criminal Procedure Act applicable to matters brought under the Criminal Code and the recently enacted Administration of Criminal Justice Act (ACJA), 2015 applicable in the FCT (however certain provisions of ACJA apply beyond the Federal Capital territory, particularly with regard to criminal trials for offences established by an Act of the National Assembly). There is also the Criminal Justice Administration Laws of various states which have domesticated the ACJA or who have enacted their own versions of it.

The Evidence Act, 2011 is also a procedural law in the sense that it set out rules which govern the presentation and admissibility of evidence before the court.

As indicated by section 2(2) of the ACJA, the provisions of ACJA will not apply to offences committed by serving military officers. They will be tried before a Court Martial and that court has its own rules of procedure.

Apart from the laws discussed above, there have been different and several policies by government on the issue of sexual violence. Nigeria is also a signatory to a number of international and regional conventions which promote the development and well-being of all citizens. These laws, policy regime and international law are aimed at ensuring that all citizens can live a full and rich life free of physical, sexual and emotional abuse, with property rights, and to all of the medical, educational and judicial systems that are in place in the society. Hence if one’s rights have been violated in any way, one should not be afraid to seek help through the existing mechanisms.

These policies and institutional legal frameworks include: